I think #3 is their favorite, especially lately

Submitted by Brian (I loved this) 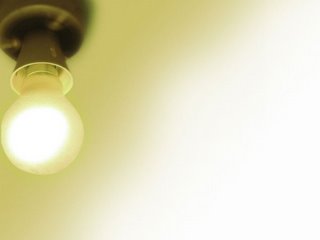 Question: How many members of the Bush Administration are needed to change a light bulb?

1. One to deny that a light bulb needs to be changed;

2. One to attack the patriotism of anyone who says the light bulb needs to be changed;

3. One to blame Clinton for burning out the light bulb;

4. One to tell the nations of the world that they are either for changing the light bulb or for eternal darkness;

5. One to give a billion dollar no-bid contract to Halliburton for a new light bulb;

6. One to arrange a photograph of Bush, dressed as a janitor, standing on a step ladder under the banner "Bulb Accomplished";

7. One administration insider to resign and in detail reveal how Bush was literally "in the dark" the whole time;

9. One surrogate to campaign on TV and at rallies on how George Bush has had a strong light bulb-changing policy all along;

10. And finally, one to confuse Americans about the difference between screwing a light bulb and screwing the country. And after all is said and done, no one will notice that they never actually managed to change the light bulb...
Posted by Lizzy at 10/15/2006 06:52:00 PM

... and let there be light! Great one, L. We need to shine as much light as possible on those sad people.

And of course number 11
One to hide the fact that the light switch was turned off the whole time and will remain turned off as long as they can conceal the fact.