"We will look back on this day as a stain on our nation's history." - Sen. Russ Feingold 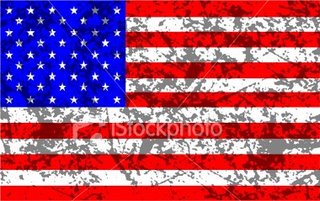 WASHINGTON Oct 17, 2006 (AP)— Some of the most notorious names in the war on terror are headed toward prosecution after President Bush signed a law Tuesday authorizing military trials of terrorism suspects.

The legislation also eliminates some of the rights defendants are usually guaranteed under U.S. law, and it authorizes continued harsh interrogations of terror suspects, a provision Bush had said was vital.

Civil libertarians and leading Democrats decried the law as a violation of American values. The American Civil Liberties Union said it was "one of the worst civil liberties measures ever enacted in American history." Democratic Sen. Russ Feingold of Wisconsin said, "We will look back on this day as a stain on our nation's history."

"It allows the government to seize individuals on American soil and detain them indefinitely with no opportunity to challenge their detention in court," Feingold said. "And the new law would permit an individual to be convicted on the basis of coerced testimony and even allow someone convicted under these rules to be put to death."

This bill represents the end of the America I once loved. I hope that no Dems voted for it... but if any did, may they never again get a good night's sleep.

I have looked all over the web to find out who voted which way, but I can't seem to find out. Does anyone know where to look?

And, one more thing, Senator Feingold, please run for President.

I, my grace is João and I want to say that this suspect thing seems that need to be clarify. My doubt is: is there the law figure of a “suspect of being suspect”?
Does informer’s information start to be paid of in pecuniary?
Would they order prison and be in detention for more than 48 hours and after that preventive prison more than six months in a row?
Have we all the same opportunity to defend ourselves based on the premise that we have human DNA? Even if proofed that the roots are Neanderthal and not from the African Modern Man?
If the tide turns and opposition became government is that law applicable to those that had made it, in future?
Well, don’t get me too serious, but…..there is something in my sarcasm and irony.

Good questions...that I don't have the answers for, GTX.