My fiance, Tom, has been a musician going way back. He had some limited success in the 80's/90's with The Magnolias. They put out several albums and even had a video on MTV's 120 Minutes.

His new band, The Hard Left, played for the first time last Friday. They rocked. 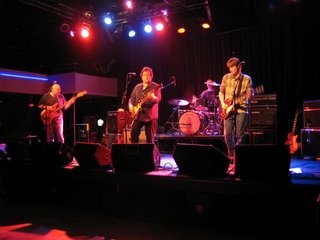 The lead is my friend, Brian. Tom is on the right.

Christmas Time For The Jews 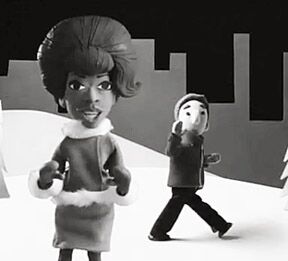 On SNL last week, Robert Smigel aired a new Saturday TV Funhouse, and it was a classic. He usually saves his best stuff for the Christmas episode, and this year's no exception. "Christmas Time For The Jews" is a note-perfect Phil Spector tribute, featuring the legendary Darlene Love on vocals. Below are the lyrics:

On Christmas Eve, The Gentiles gather
Around the Christmas Tree
They stay at home, and party with
Their Goyishe family

Well, this happens every year on Christmas Eve
All the happy Christian people take their leave
Yeah, the streets are deserted and that's big news
It's Christmas Time for the Jews

The holiday party starts about 6pm
Ain't nobody recreating Bethlehem
Yeah the Three Wise Men, that's a big old snooze
It's Christmas Time for the Jews

Now, they really get the party goin' after dark
Circumcizing grateful squirrels in the city park
Picking fights in the bar knowing they can't lose
It's Christmas Time for the Jews

Now it's nearly 10:30
Yes, it's time for bed
Daily Show reruns dancin' in their heads
Maybe next year they'll learn how to hold their booze
It's Christmas Time for the Jews

(Thank you bakedziti.net for lyrics & links.) 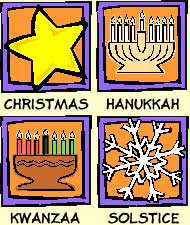 Every once in a while, something really stupid comes across my desk. In these wicked times, sometimes you just need a laugh, so without further ado.... 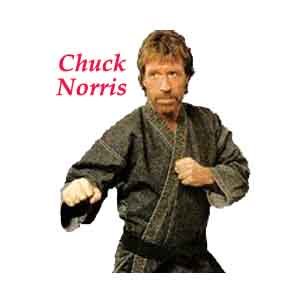 2. When Chuck Norris has sex with a man, it is not because he is gay, but because he has run out of women.

3. Chuck Norris once roundhouse kicked someone so hard that his footbroke the speed of light, went back in time, and killed Amelia Earhartwhile she was flying over the Pacific Ocean.

4. Macgyver can build an airplane out of gum and paper clips, but Chuck Norris can kill him and take it.

5. Rather than being birthed like a normal child, Chuck Norris instead decided to punch his way out of his mother's womb. Shortly thereafter he grew a beard.

6. Chuck Norris doesn't read books. He stares them down until he gets the information he wants.

7. Chuck Norris lost his virginity before his dad did.

8. Chuck Norris sold his soul to the devil for his rugged good looks and unparalleled martial arts ability. Shortly after the transaction was finalized, Chuck roundhouse kicked the devil in the face and took his soul back. The devil, who appreciates irony, couldn't stay mad and admitted he should have seen it coming. They now play poker every second Wednesday of the month.

9. Chuck Norris does not sleep. He waits.

10. There is no chin behind Chuck Norris' beard. There is only another fist.

11. To prove it isn't that big of a deal to beat cancer. Chuck Norris smoked 15 cartons of cigarettes a day for 2 years and acquired 7 different kinds of cancer only to rid them from his body by flexing for 30 minutes. Beat that, Lance Armstrong.

12. There are no disabled people. Only people who have met Chuck Norris.

13. Chuck Norris has recently changed his middle name to "Fuckin."

14. The chief export of Chuck Norris is pain. 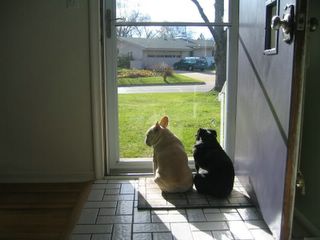 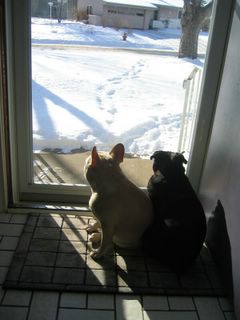 Spying on Americans...like you & me

Last year I had the sense that I was being surveilled. When I told my sister & fiance that Republicans were spying on me, they laughed.


WASHINGTON (CNN) -- Without confirming a report that he OK'd eavesdropping on U.S. citizens in 2002, President Bush defended his actions since September 11, 2001, saying he has done everything "within the law" to protect the American people.

A story in The New York Times on Friday claimed that Bush secretly signed an order authorizing the National Security Agency to eavesdrop on Americans who were communicating with individuals overseas to determine if they had terrorist ties.


Ok, so I didn't talk with anyone overseas (other than Damien,) and of course I'm not a terrorist (unless being a member of Peta counts,) but I still get the feeling lefties are being watched. 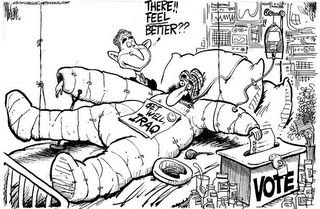 California will kill a man in less than an hour

I am anti-death penalty for many reasons. Here's the main one -

As long as the death penalty is maintained, the risk of executing the innocent can never be eliminated.

Since 1973, 122 prisoners have been released in the USA after evidence emerged of their innocence of the crimes for which they were sentenced to death. There were six such cases in 2004 and three up to December 2005. Some prisoners had come close to execution after spending many years under sentence of death. Recurring features in their cases include prosecutorial or police misconduct; the use of unreliable witness testimony, physical evidence, or confessions; and inadequate defense representation. Other US prisoners have gone to their deaths despite serious doubts over their guilt.

The Minnesota Democrat is remembered for challenging a president and a war.
Steve Berg, Star Tribune 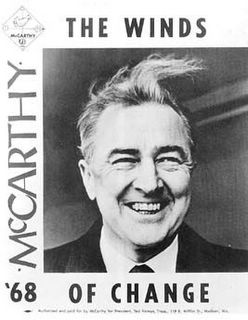 Eugene McCarthy, the poet and politician whose resolute stand against the Vietnam War toppled a president and inspired a generation of liberal idealists, died Saturday in Washington.

The former Minnesota senator was 89.

McCarthy will be remembered along with Hubert Humphrey and Walter Mondale as one of Minnesota's three most prominent political figures of the last half of the 20th century.

An early architect of the Democratic-Farmer-Labor Party, McCarthy was elected to Congress in 1948 and served 22 years in the House and Senate.

Those years were a period in which the DFL influenced the tone and direction of the national Democratic Party and American liberalism.

He'll be remembered most vividly, however, for his place in a single tumultuous year, 1968, the year of his remarkable challenge to President Lyndon Johnson's pursuit of the Vietnam War.

The war and the suffering it produced were "morally indefensible," McCarthy told his youthful audiences as he traveled the country to prepare for his run against Johnson in the presidential primaries. "Party unity is not a sufficient excuse for silence," he told them.

Inspired by McCarthy's audacity and intellect, thousands of "clean for Gene" college students descended on New Hampshire, site of the first primary. The senator's close second-place finish was widely interpreted as a stunning defeat for Johnson, who, after pondering the damage and the mounting opposition to his policies, shocked the nation by pulling out of the race.

It was the high point of McCarthy's career.

We miss you, John.

I feel bad that I haven't been blogging regularly lately, but to tell you the truth (politically) I'm at loss for words.

What more can be said about this president and what he's done to this country? Sure, the chickens are coming home to roost, but we still have 3 more years of this bastardization of an administration to contend with.

And, while I am very encouraged by the growing backbone of the Democratic Party, I don't have anything profound to say about it at this time.

50 Years Ago Today... From Michael Moore

I just thought we should all pause for a moment today to remember the simple act of courage, defiance and dignity committed by Rosa Parks when she refused to move to the back of the bus because the law said she had the wrong skin color. The greatest moments in history, the ones that have truly mattered and have taken us to a better place, are made up of scores of these singular acts by ordinary, everyday people who could no longer tolerate the crap and the nonsense of those in charge.

Today, whether it is a student who holds a sit-in to get the army recruiters off his campus, or the mother of a dead soldier who refuses to leave the front gate of the president's ranch, we continue to be saved by brave people who risk ridicule and rejection but end up turning huge tides of public opinion in the direction of righteousness. We owe them enormous debts of gratitude. It is not easy to stand up for what is right, especially when everyone else is afraid to leave the comfortable path of conformity.

Rosa Parks may have been alone on that bus at the moment of her arrest but she wasn't alone for long. The old order was shaken, the world was upended and, as a people, we were given a chance for a bit of redemption.

Perhaps the best way to celebrate this most important day in American history is to ask yourself what it is that you can do today to make a difference. What risk can you take to move the ball forward? What is that one thing you've been wanting to say to your co-workers or classmates that you've been afraid to say -- but in your heart of hearts you know needs to be said? Why wait another day to say it or do it?

There is probably no better way to honor Rosa Parks -- and yourself -- than for you to put a stop to an injustice you see, not allowing it to continue for one more second. Do something. Then send me an email (contributions@michaelmoore.com) and tell all of us what you did (I'll post as many as I can).

Fifty years later, the bus we're on could use a few more people simply saying, "No. I'm sorry. I've had enough. I'm not going to take it anymore."