"..an underperforming, bon vivant scion of the "right kind," and sent him out amongst us 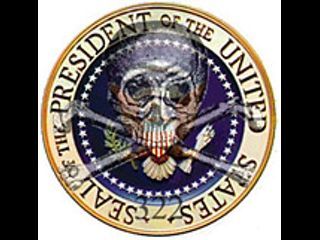 Latest letter to the editor of the East Hampton Star from my very wise & wonderful Uncle Richard:

Yesterday my wife and I went to the movies and saw "The Good Shepherd." After the movie, I wanted to refresh my memory about the history of the OSS, CIA and those who ran it and still run it.

What struck me most in the movie was when Joe Pesci, playing the role of a Mafia Chief, is approached by Matt Damon playing the role of the leader of the CIA effort in the "Bay of Pigs" fiasco, to ask for Mafia assistance in the US government's effort to overthrow Castro in Cuba. Pesci asks Damon to explain something he (Pesci) doesn't understand..." We Italians have our love of family, the Jews have their traditions, the Irish have their homeland, the blacks have their music, what do you guys have?" Damon answers "we have the US of A and you are all our guests!"

Wow! Is that true? I asked myself? So I went to the internet and researched for some answers and insight, and you know what? Matt Damon's quote was right on the money. Those people do, literally, have the country and they move us to do their bidding like chess pieces! WWI, maipulated; WWII manipulated; Vietnam manipulated and now Iraq, manipulated.

My reading just clarified and reinforced my latent feelings that America and its stated goals and hailed concepts of liberty and justice for all, has been hijacked by an elitist group of male, white, Protestant and pseudo-Protestant, rich, connected, Ivy League type "Real Americans", many with memberships in "Skull & Bones" and other like, closed, secret organizations. These same, linked and networked "Real Americans" sit on all of the major corporate boards, are known , and appointed to most of the key political positions in Washington, run for and are backed with oodles of dollars and elected to almost all of the positions of power, (assassinating or destroying those who defy the pattern or who may not follow it, (i.e., the Kennedys, Martin Luther King, Dukakis, Humphrey et al., ) they exercise inordinate power and control over our lives and, with great input into our national public policy and institutions, they spend their lives doing what they deem to be "what is best for the country and those who they allow to live in it" regardless of what the majority of the people think or want (hey, ain't Iraq just so?) using false fears, false rumors, coordinated press releases etc.

And our Universities? Our free press? our "fair and equal" TV?

Yale Univ. gave out a degree to an underperforming, bon vivant scion of the "right kind," and sent him out amongst us. A History major who knew no history, a furture World Leader who knew 0 about the world, a man whose own mother thought was a complete loser, who didn't know that Kim Jong-il is not Kim Jung II; who thinks Pyongyong is a a game played with paddles and a small white ball; who never knew that the Shiites and the Sunnis have major, violent differences, doesn't read, doesn't listen to wise advisors, never makes a mistake or admits to one and is generally scary when one thinks of the power and position he holds. And now he has violated the singular most important duty of an American President, to keep our people safe from harm and war unless there is absolutely no alternative"

Thanks Yale....you have put "Skull & Bones" alumni and their power, money and influence ahead of your duty to the country and your students and failed to maintain excellence in the field of education. Shame on you.

Now most of the foregoing is just speculation on my part, backed up by many disjointed but unassailable facts. Make of it what you will, but we may have started to wake up in 2006...hopefully we will continue to stand guard against the subtle subversion of this great country by "the end justifies the means" guys we have been following like sheep lo these many years.

There are good points in your article. I would like to supplement them with some information:

I am a 2 tour Vietnam Veteran who recently retired after 36 years of working in the Defense Industrial Complex on many of the weapons systems being used by our forces as we speak.

If you are interested in a view of the inside of the Pentagon procurement process from Vietnam to Iraq please check the posting at my blog entitled, “Odyssey of Armaments”

The Pentagon is a giant, incredibly complex establishment, budgeted in excess of $500B per year. The Rumsfelds, the Administrations and the Congressmen come and go but the real machinery of policy and procurement keeps grinding away, presenting the politicos who arrive with detail and alternatives slanted to perpetuate itself.

How can any newcomer, be he a President, a Congressman or even the new Sec. Def.Mr. Gates, understand such complexity, particularly if heretofore he has not had the clearance to get the full details?

Answer- he can’t. Therefore he accepts the alternatives provided by the career establishment that never goes away and he hopes he makes the right choices. Or he is influenced by a lobbyist or two representing companies in his district or special interest groups.

From a practical standpoint, policy and war decisions are made far below the levels of the talking heads who take the heat or the credit for the results.

This situation is unfortunate but it is absolute fact. Take it from one who has been to war and worked in the establishment.

This giant policy making and war machine will eventually come apart and have to be put back together to operate smaller, leaner and on less fuel. But that won’t happen until it hits a brick wall at high speed.

We will then have to run a Volkswagen instead of a Caddy and get along somehow. We better start practicing now and get off our high horse. Our golden aura in the world is beginning to dull from arrogance.

Great letter from Richard, and an excellent comment frmo RG. Thanks to you both!

Wow, what a letter. Good for him

Wow, what a thoughtful and I think rather truthful letter. The old boy network has run its course I think when we have a Yale legacy admission C- student in the Oval Office and his miserable failing may be the impetus to either our first female or non-white President, I hope.

Personally, I prefer the latter, elvez.

I'm pretty puzzled myself - his words seems pretty clear to me. Racist and bigoted? Against who? The guys in power who have oppressed everyone else? Excellent letter as usual from your uncle.

"my latent feelings that America and its stated goals and hailed concepts of liberty and justice for all, has been hijacked by an elitist group of male, white, Protestant and pseudo-Protestant, rich, connected, Ivy League type "Real Americans", many with memberships in "Skull & Bones" and other like, closed, secret organizations. These same, linked and networked "Real Americans" "