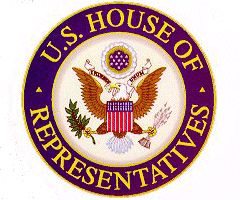 DANA BASH, CNN WHITE HOUSE CORRESPONDENT: As soon as Democrats -- House Democrats officially take control on Thursday, they will start debating the dizzying legislative agenda they promised in the first 100 hours of the new Congress, which translates in -- into two-and-a-half weeks of work.

Now, Democratic leadership aides say this will be the schedule. Thursday and Friday, they will pass measures perform -- performing -- or reforming, I should say, House lobbying and ethics rules. And we will get details on that tomorrow.

If you can follow all of this, then, next week, they are going to cut student loan rates -- that's their plan, at least -- in half, and also cut subsidies for oil companies.

Now, in order to get all of that passed, and fast, Democratic leadership aides say they will limit Republicans' ability to offer competing measures. Now, that's exactly the way Republicans ran the House for 12 years, shutting out Democrats on most key legislation. But Republicans are crying foul.

They're pointing to quote after quote from incoming Speaker Nancy Pelosi, promising open debate and room for opposition. And GOP leaders are even holding a press conference tomorrow to propose a set of what they call minority rights that Pelosi herself demanded before the election.

We're told some House Democrats were worried about looking and sounding hypocritical here, but the leadership decided that this is the only way to ensure their campaign promises are kept, and insist that, down the road, Republicans will have more rights
Posted by Lizzy at 1/02/2007 08:31:00 PM

The difference is what is being done under those rules though, the Republicans used them to steal and the Democrats will use them to give.

I think the cry babies can take their own medicine for a couple of weeks.

I don't think that I could ever be in politics. I am the kind of person who wants everything fair and equal.
I used to be a staunch Dem and then after having a child moved more toward the center.
I am finding myself moving back towards Democratic.
I am fine with moderate Republicans, but extremists of any kind (especially in politics) repulse me.
To the whiny Republicans who want to continue to get their way now that they are out of power I say:
Suck it up and walk it off. Enjoy those shit sandwiches you have been shoveling onto Democrats for the last decade.

Let the bawlbabies cry and whine until their faces turn blue. Once the first 100 hours' worth of stuff is taken care of, the GOP will understand this is the kind of legislation the public wants, and they will see the Democrats as taking the country in the right direction. The more the Republicans bawl and whine, the more they will be viewed as being "out of touch". They will realize that in order to have any chance at all to win races in 2008, they will have to compromise a bit.

Then, the Dems can happily invite the GOP people along. The evangelical GOP types will probably decline, but the more they do so, the more fractured the GOP becomes. The big political train is coming, and the GOP won't want to be Left Behind at the station!

Screw 'em. Pelosi will eventually work with the GOP but the Dems are totally entitled to work on their initial list of concerns unobstructed.

Rachel said: I am the kind of person who wants everything fair and equal.

I used to feel the same way...until this particular group of Republicans broke all the rules. Now all I have to say is - suck it. Turnabout is fair play.
Now, if we can only get our elected Dems to cut the war funding, then I'd be REALLY happy.