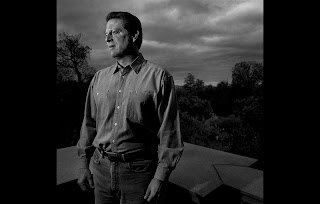 OSLO, Norway — Former Vice President Al Gore and the U.N.'s Intergovernmental Panel on Climate Change jointly won the 2007 Nobel Peace Prize today for their efforts to spread awareness of man-made climate change and to lay the foundations for fighting it.

Gore, who won an Academy Award earlier this year for his film on global warming, "An Inconvenient Truth,'' had been widely tipped to win the prize

"We face a true planetary emergency. ... It is a moral and spiritual challenge to all of humanity,'' he said. "It is also our greatest opportunity to lift global consciousness to a higher level.''

The win is also likely add further fuel to a burgeoning movement in the United States for Gore to run for president in 2008, which he has so far said he does not plan to do

I'm glad he won the Nobel. He'll have more cred now, more gravitas, whether he runs for president or not. He might actually have more impact if he isn't a candidate. As soon as somebody decides to run for office, they get hamstrung and constricted; they're afraid to say anything that might offend somebody somewhere. Al Gore and Jimmy Carter can say what they think without having to worry about special interests.

I think Tom is right, that Gore might actually be more helpful to the human race doing just what he's doing now.

But that doesn't mean I wouldn't absolutely love it if he came riding to the rescue of the Democratic party. Like Bill Richardson said recently, "Hillary Clinton is acting like she has already won." I think if Al Gore decided to enter the race, he would give her a run for her vast stores of money, and it would be a joy to see.