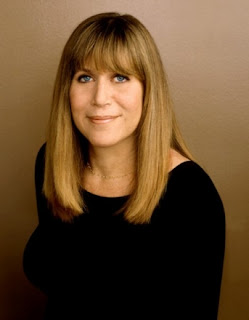 I had to dig to find this story. The details are sketchy right now, and of course, the MSM isn't reporting it.

Here's what we know so far (from Democratic Underground) :

She lost some teeth.

She had nothing of value.

She wore her track suit and was walking her dog.

No purse, no money, no jewelry.

She will be off the air for a week at least, until she recovers.

Oh, tisk tisk; this couldn't be political. After all, the World Trade Center was destroyed by 19 Arabs who used box cutters to overpower the planes' crews, and NORAD didn't intercept or shoot down any of those airliners. And we invaded Iraq because that wicked dictator had Weapons of Mass Destruction.

Man, that's terrible. Shades of that radio guy in Colorado, an outspoken talk guy, who was murdered by a neo-Nazi. That was made into a movie with Eric Bogosian. Hope she's better soon - we need to keep hearing more female voices out there.

Why doesn't anyone attack Ann Coulter?

Malkin's already come out swinging on this because a Sunday night radio show host Jon Elliot reported she was mugged and speculated it could have been an attack by right wingers.

Air America radio host Randi Rhodes is temporarily off the air, but claims she was brutally attacked near her Manhattan apartment are bogus, her lawyer and a police source said today.

Fellow host Jon Elliott claimed on the liberal radio network that Rhodes had been mugged while walking her dog, Simon, on Sunday night. Elliot, who said Rhodes lost several teeth in the attack, waxed about a possible conspiracy.

"Is this an attempt by the right-wing, hate machine to silence one of our own?" he asked on the air, according to Talking Radio, a blog. "Are we threatening them? Are they afraid that we’re winning? Are they trying to silence intimidate us?"

A police source said Rhodes never filed a report and never claimed to be the victim of a mugging. Cops from Manhattan's 17th Precinct called her attorney, who told them Rhodes was not a victim of a crime, the source said.

Rhodes' lawyer told the Daily News she was injured in a fall while walking her dog. He said she's not sure what happened, and only knows that she fell down and is in a lot of pain. The lawyer said Rhodes expects to be back on the air Thursday. He stressed there is no indication she was targeted or that she was the victim of a "hate crime."

Rhodes started with the Air America when it launched in 2004. Her show airs from 3 p.m. to 6 p.m. weekdays.

The network released a statement that said Rhodes "experienced an unfortunate incident."

"The reports of a presumed hate crime are unfounded," the statement read by a receptionist at the network's New York offices said. "Ms. Rhodes is looking forward to being back on the air on Thursday."

Still, the tale lived on in the blogosphere.

"What the %$#$ is WRONG with you people?? Are you that SICK in the head that just because you don’t agree with someone’s political views you believe that they deserve to be mugged? Are you on the right that DEMENTED??," a blogger called neddlenosehanty posted on watchingthewatchers.org.

Another blogger shot back, "I very seriously doubt if this unfortunate woman was mugged by a conservative. To jump to the conclusion that she was mugged by someone on the right is bigotry of another kind. Think not?"

I'll wait to hear it straight from her mouth. She should (hopefully) be back Thursday.

Poli is right. Let's wait and see what Randi says herself.

As far as (M)ann Cuntler goes, there is always
this

hope she is ok

Stalker Malkin comes out swing...oh, the humanity, the hypocrisy!

A tempest in a teapot.
What has been amazing (disgusting and demoralizing) has been the swing the verbally violent right wing has taken at Randi herself, when for her part was fall down or maybe get pushed down.
There are a dozen stories here, one being the knee jerk reaction by another Air America host, but a bigger one is how the real one is how right wing hate machine came out in such a unified force before they too even knew the facts.
Randi wasn't mugged, but no one can say for sure if she was or wasn't shoved. I'd like to think New Yorkers wouldn't do such things, but on occasion with that many people in such a small space the occasional son of sam etc. will turn up.
Randi will handle it just fine, but I'm concerned for the blood pressure of the right wing radio hosts.

I love her show, i hope she's back on the air soon.

I feel bad for the sidewalk that had to come face to face with that wretched mug.