There are a few "Best of" lists going around the blogesphere, so I'd thought I'd do one myself this year.

Person of the Year: 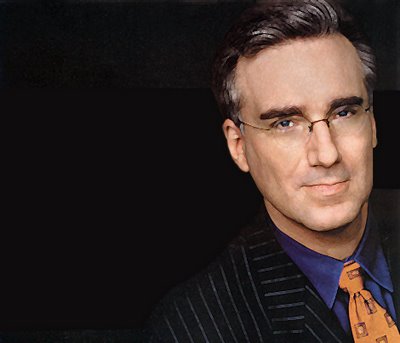 For me, it begins and ends with Keith Olbermann - the Edward R. Murrow of our generation. I love this man. In a world of O'Reillys, Hannitys, Weiner-Savages, and Limbaughs, Olbermann stands out as a man of truth, courage, critical thought, and humor.


Best Network TV Show:
Studio 60 On the Sunset Strip (NBC)
While Studio 60 has been uneven at times, this exchange alone was enough to earn it the top spot on my list. 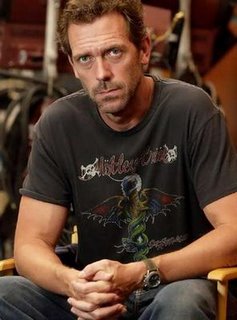 Hugh Laurie as "House."
Laurie's portrayal of House makes this otherwise standard medical drama one of the best shows on TV. In the last new episode of this year, there has never been a truer depiction of a drug addict on network TV. 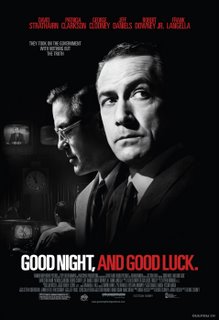 I rarely go to the movies, so I picked the best film I've seen on DVD this year. If you haven't seen Goodnight and Good Luck, rent it. The subject matter is even more relevant today. My prediction, in the near future, George Clooney will be considered one of the top filmmakers of our time.

Runner Up:
The Wild Parrots of Telegraph Hill

Films I wish I could add to this list, but haven't seen yet:
An Inconvenient Truth
The US vs John Lennon
Thank You For Smoking 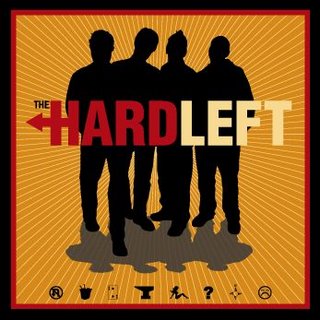 Again, I don't hear a lot of new music, but from what I did hear, the choice was clear: The Avant-Garde Sounds of The Hard Left
Minneapolis power-pop at it's best.

Runner Up:
Neil Young: Living With War
While songs like Let's Impeach the President and Looking for a Leader deservedly got the most press, Young's "Families" is the best song on the disc. With very few exceptions, Neil Young can do no wrong, in my book. 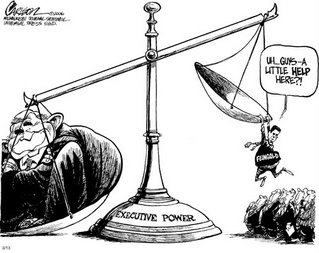 Feingold alone stood up to the Bush admin when no one else would. Along with the late Senator Paul Wellstone, Russ Feingold is my political hero. Hearing the news that he isn't running for President was crushing.

Runner Ups:
Howard Dean - WAY underrated for what he accomplished for us in the last election
Rahm Emanuel - Instrumental in our victories
Dennis Kucinish - Dares to speak where others won't
Al Gore - Finally coming into his own. Will Gore be the comeback kid in '08? We'll see.
Barack Obama - He may be the one we've been waiting for

Sven Sungaard, weekend meteorologist, Kare-11 News.
(Or, as I like to call him, "Sven Svenson") What can you say about a goofy guy from Minnesota named Sven? Perfect. There is something about him that is extremely sweet. Come on, just look at the guy.


2 Picks That May Hurt My Street Cred :

If you play the video, stick with it, it gets better. If video won't play, click here

And best of all:
You:
Laura, Tom, Paul, Julie, Hallie, Noah, Ethan, Scott, Jane, NY relatives, family-in-law, Michelle, Wendy, Norman, Stella, Wellstone the parrot, Little Bird, all of my blogger friends, Brian, Bekkah, Pat, Heather, Scott, David the contractor, and Kurt & Brian - my (very) occasional drinking buddies -- I wish all of you the best of everything in 2007.
Posted by Lizzy at 12/26/2006 12:54:00 AM

Wow, well we have some very similar Best OF peoples

I am with you on Olbermann, Feingold, House, Good Night and Good Luck

I haven't listened to the Hard Left before but will have to check it out.

Nice Job Lizzy!
Laughed out loud at Best Sven.
Thanks for including me...
Laura

Wow, those are great awards!

Here are some of mine:

Person of the Year: for me, a toss-up between Colbert and Olbermann. Why Colbert? He does such a great job making the right wing nuts look absolutely stupid, and he has quite a following! Why Olbermann? It's obvious! Unafraid, outspoken, and hitting the nail on the head just about all the time!

Network TV show: NCIS. Excellent characters, fun dialogue, plots that can be followed. Great stuff, IMHO.
Best in cable: Colbert Report or John Stewart
Reality TV show: I don't watch 'em so I dunno!
Best TV character: Mark Harmon as Jethro Gibbs on "NCIS" - he makes me want to give some people encouraging slaps on the back of the head!
Best Film: Little Miss Sunshine - it puts the fun in dysfunctional, and the "beauty pageant" scenes are simultaneously nauseating and hilarious. Alan Arkin is priceless as the granddad.
Best CD: Editors "The Back Room", or The Dears "Gang of Losers", or "The Drugs I Need" by the Austin Lounge Lizards, and too many excellent runners-up, including the Hard Left and Neil Young discs! Many of these excellent discs are ones J. Marquis (Major Conflict) introduced me to. Thanks many times over, Major!
Best radio station: anything NPR
Best politician: Russ Feingold

Sven? I don't know any Svens, but the worst Lars I can think of is Oregon's rightwing talk show doofus Lars Larson.

Excellent picks, poli & Snave. Hummm, best Lars....that's a tough one. I guess it would have to be "Lars Lindstrom," Phyllis's never-seen husband on the Mary Tyler Moore Show. I was going to pick Lars Ulrich from Metallica until I remembered he was a dick.