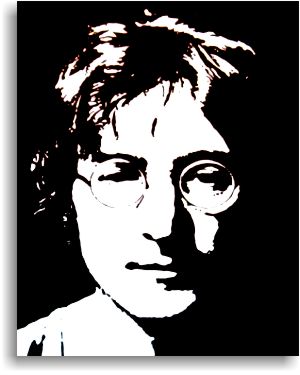 If he were alive today...

I hadn't realize this was the day, or even that it had happened so long ago. It was one of those moments where you remember exactly where you were and what you were doing when you heard the news... I have moments like that re. JFK's assassination, news of the death of Elvis... In this case, it was just sitting around watching TV and then staying glued to the set in a state of disbelief.

It was a tragedy for entertainment, for society, and for the world in general.

I was born after JFK's assassination so Lennon's murder is the one that will forever be burned into my brain.

I'll never forget where I was and how I heard about it. My Dad came running into the living room after Howard Cosell announced it during a football game. At that moment, the world changed.

I was in first grade when JFK was murdered, I still remember the walk home.
Elvis I was on my way home after a log night of Bar hopping.
John, I was walking home from a very long and unhappy date in Germany.

Were he alive today he'd still be on the Presidents enemies list.