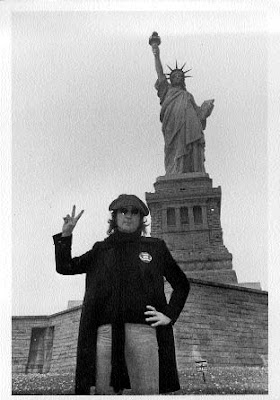 It cannot be forgotten

It's a terrible anniversary. RIP.

I sometimes think about what he'd be saying about the current state of the world if he were alive today. It's such a shame we can't have his voice. But we still have his ideas and ideals.

I won't forget it, either, Lizzy.

I got to see the Beatles when I was a teenager. John was always my favorite. The man was a genius.

Dec 8th is also my birthday.

It's also the day celebrated by Zen Buddhists that Buddha obtained enlightenment (rohatsu).

If only Lennon were alive today.

We seem devoid of the great leaders we used to have in this country.

Poli, I thought your bday was on the 10th! I'm sorry I missed it.

Thanks for the comments, everyone. I'm with ya.

Has it really been 27 years? Damn.