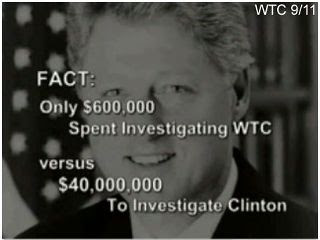 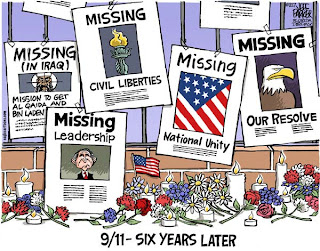 I think Dr. Ron Paul is absolutely right when he suggests that airport security be handled by the airliners themselves, and not the government. The government has proven that it will f*** it up and make air travel an even bigger hassle in the long run. Here's a thought: With an authorized person or two with a gun or a tazer on board, two planes would not have crashed into the World Trade Centers, one would not have crashed in Pennsylvania, and one would not have hit the Pentagon. I'd be willing to pay a little bit more for tickets to have the airliners put a security person or two on board, if it meant shorter waits at the airport and much fewer encroachments on our civil liberties, and I'm sure many would agree with me. The airliners have a vested interest in maintaining the security of their equipment and their passengers. Hand them back the power to act accordingly.

MC's comment made me wonder about something - why don't the airlines have better security for the cargo holds? Granted, trained and armed security personnel in the cabin would help, but apparently just about anyone can access the cargo (as has been shown by experiments done by several media and, I think, various federal agency personnel.)

Some unscrupulous airport personnel have been ripping off people's valuables from their luggage for decades. What's to stop them from planting a package inside the luggage, for a fee? If the airlines are doing such a lousy job on this part, how could we expect them to do any better in the passenger area?

I really don't know the answer to this - maybe the airlines don't have any control over this part of the operation - so, I'm just wondering.

Candace, then once something happens, the airline in question goes bankrupt, and the surviving companies wake up and fix it; or the airlines, once they are forced to wake up to the fact that security is their business, fix it, and the problem is greatly diminished.

MC, I posted a comment on your 9/11 post last night, but when I checked it this morning, it apparently didn't post. I basically said that I was with ya.

I don't know about having guns on board airplanes, but tazers, yes.

Candace, The fact that the cargo still isn't being checked, along with the chemical plants not being secured, having wide open borders, etc, etc, etc is a travesty. Anyone that thinks we are safer now is kidding themselves.

It's been six years and nothing has changed. Sad.

9/11 the Airlines were in charge of airport security.
I hate to bring this back up, but you cannot be free and be safe.
The fact is you cannot be safe.

As distasteful as it is for me to cite The Heritage Foundation, I find some of their arguments about how best to handle airport security to be compelling, specifically, devolving the authority to the local level while setting the standards for training high and providing funding in accordance with each airport's needs. If the federal government is to be involved, then some of the suggestions outlined by the Heritage Foundation are probably the most sane means to do so. Otherwise, devolve the power to the airliners themselves and have them put trained security armed with minimally lethal weapons (tasers and the like) on each flight, and have them become fully liable for any losses due to terrorist incidents. Just a thought.

MC, Wow, that actually sounds sane to me, too. How did that happen?

Good post. It sure shows the Republicans' sick twisted priorities.

Lizzy, I guess it comes down to true conservatives tending to be more interested in security and being better tacticians about it as a result. It's either that, or the tired "broken clock being right twice a day" thing. I just Googled airport security, and that was one of the hits that popped up. Glad I did. And 1138, you're right. Nothing's safe, or at least not 100%.

I think a lot of what we have been seeing comes down to the "new" conservatives controlling the GOP and pushing the "true" conservatives aside. I wish the Republicans would police their party a bit, and take it back from the neotards.

Michelle is right... six years, and nothing has changed, except maybe for the worse. Now we're mired in Iraq, and the Bushies seem to have an obsession with Iran. And yes, whether or not a president got a BJ in the Oral Office (oops, I mean, Oval Office) seems to be far more important to the idiots than what really happened on 9/11/01, who knew what and when, how environmentally safe Ground Zero really was after the attacks, etc. ad nauseum.

I like MC's comments about security, even though they may come from the Heritage Foundation! Heh!