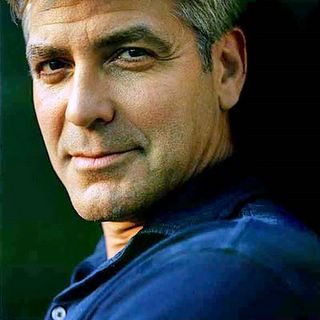 Jon Stewart did a great job hosting the Oscars. He should definitely be asked to host again next year.

The best speech of the night came from George Clooney. While accepting the award for Best Supporting Actor for Syriana, he acknowledged critics who accuse the film industry of being out of touch with the American mainstream -- but he said, "It's probably a good thing."

Clooney was suggesting that Hollywood doesn't set America's agenda, that it is rather a reflection of America. I think that comment is right on. The rightwingers can whine all they want, but until they start making their own movies that resonate with Americans, their whining doesn't hold much water.

There also seemed to be a lot of comments about people not going out to theaters as much - I think it's a shame, and I'm guilty of it, too. It's so expensive - a catch-22.

I loved George's comment. That guy has got to go into politics..he definitely has Clintonesque charisma.

I just love George - period. He is my soul mate and the future father of my children, he just doesn't know it yet. And yes, he says a lot of smart stuff!