"...a test of the left-wing blogosphere"

Everything I thought I understood about the world continues to spin out of control as Fox News covers the memo under the headline Downing Street Memo Mostly Ignored in US:


A British government memo that critics say proves the Bush administration manipulated evidence about weapons of mass destruction in order to carry out a plan to overthrow Saddam Hussein has received little attention in the mainstream media, frustrating opponents of the Iraq war.

The "Downing Street Memo" — first published by The Sunday Times of London on May 1 — summarizes a high-level meeting between Prime Minister Tony Blair and his senior national security team on July 23, 2002, months before the March 2003 coalition invasion of Iraq.

The memo suggests that British intelligence analysts were concerned that the Bush administration was marching to war on wobbly evidence that Saddam posed a serious threat to the world.

White House spokesman Scott McClellan has said there is "no need" to respond to the memos, the authenticity of which has not been denied.

Dante Zappala does not agree. For Zappala, the Downing Street Memo strikes a critical and personal chord. His brother, Sgt. Sherwood Baker, 30, a soldier in the Pennsylvania National Guard, was killed in Baghdad 13 months ago on what Zappala said was a mission to find weapons there."

My family knows the consequences of the decision they made to go to war," said Zappala, 29, of Philadelphia. He is a member of Military Families Speak Out, a group that opposes the war and, according to Zappala, now has more than 2,000 members.

"I can't speak for what the TV news decides to focus their attention on," Zappala said. "They seem to have a willful deference to all relevant information. I think they've really just dropped the ball on this."


They also mention Conyers’ efforts, and here’s our challenge from Fox News:

Several popular left-leaning blogs have taken up the cause to keep the story alive, encouraging readers to contact media outlets. A Web site, DowningStreetMemo.com, tells readers to contact the White House directly with complaints."

This is a test of the left-wing blogosphere," said Jim Pinkerton, syndicated columnist and regular contributor to FOX News Watch, who pointed out that The Sunday Times article came out just before the British election and apparently had little effect on voters' decisions.

"In many ways that memo might prove all of the arguments the critics of the war have made," he added. "But the bulk of Americans don't agree, or don't seem that alarmed, so it is a power test to see if they can drive it back on the agenda."


All right, Big Brass Alliance—Fox fucking News has thrown down the gauntlet. Onward and upward! 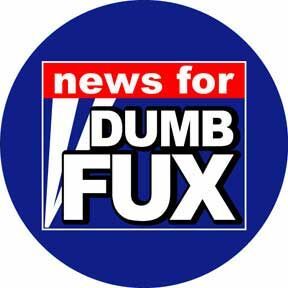 Nice blog Lizzy. I, too, have a blog; a very progressive one.
http://educationalvignette.blogspot.com/

You have a very nice blog yourself!