Mississippi finally does something right 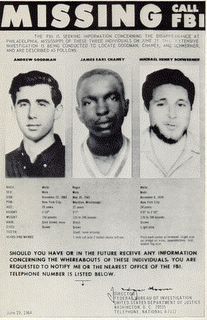 Hearing you on that one Lizzy, still getting pissed that the News reports keep saying "which inspired the movie". 60years, should have made it a hundred!

Just curious: how did they manage to try him again if they already tried him in 1967? Because there were three different murders?

I think the first trial resulted in a hung jury, and I think he was tried with others as well.

There are people saying he doesn't deserve 60 years in jail. He spent over 30 a free man evading the law.

For once, Justice Was Served by putting this societal monster in jail.

If he was evading the law for 30 years, then they must have let him out after the first trial, unless he escaped or jumped bail. They obvious must have had him in custody initially at least if he was tried in 1967. Cause they can't try you if you are not there to face your accusers.

Perhaps they found more evidence or something, which would allow them to get around the double jeopardy aspect of the law.

In a 1967 federal trial, an all-white jury deadlocked 11-1 in favor of convicting Killen. The holdout said she could not vote to convict a preacher.