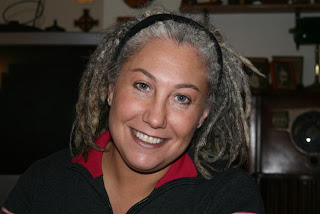 Obama was projected to rout Clinton in the racially charged primary, regaining campaign momentum in the prelude to a Feb. 5 coast-to-coast competition for more than 1,600 Democratic National Convention delegates.

The anything-to-win and dirty trick mentality of the Clinton campaign makes them better suited to be Republicans than the Democratic party. It certainly doesn't make them the voice of change which is what we want and need.

The Clintons had their time. It's a new day.

I heard about the robotcalls in South Carolina that the clintons made in reference to John Edwards and I think that was very wrong and yes, they seem to be playing dirty.

I have the speech Obama made and the endorsement by Caroline Kennedy. See my other site Let's Talk About It

I have yet to make up my mind about whom I wish to vote for, but I think I'm getting a little closer now.

Wow, I hadn't heard about the robocalls. That is exactly the kind of shit that makes me dislike the Clintons even more. They are practically using the Karl Rove playbook to get elected, and I've had enough.

The choice is clear.

Thanks for posting the Caroline Kennedy endorsement/article on your blog. I'm gonna do the same.

Jim Marquis points out on his blog Major Conflict that South Carolina did not erupt into a race war.

Which is interesting because the way the media was carrying on about it you'd think blood was running in the streets.

I thought Obama's speech even better than Iowa.

I was searching the dictionary, and reflecting on Senator Obama's win in South Carolina. I was wondering if there's a word that rhymes with "ass-kicking". 55-27, with the only demographic he lost being Caucasians over the age of 45, and with Edwards siphoning off the Caucasian independents. "Rout" seems like such a gross understatement, and his Wal-Mart comment and his open question about who he was facing in the Democratic Party primaries were probably his most politically brilliant moments in South Carolina.

I thought Obama would win, but never by that much! I loved it. It's disturbing that Clinton is way ahead in the delegate count, but maybe this win can give Obama some necessary momentum. I hope so, anyway.