Bill Maher, Will you marry me? 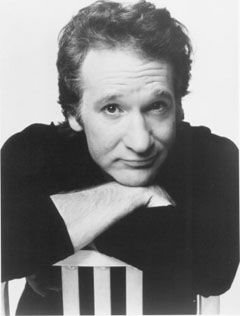 I just finished watching the season finale (until February) of Real Time with Bill Maher, and again, his New Rules ruled.

Here's his parting shot at the right-wing, anti-choice "folks":

President Bush's new Supreme Court nominee, Samuel Alito, must bomb an abortion clinic. I know it sounds crazy, but the right wing needs assurance that they've really got their holy man this time. We can't let the swing vote on the Supreme Court just wind up in the hands of some level-headed legal pussy.

Is Sam Alito a decent man with Christian values? Well, until he kills a nurse with a pipe bomb, there's no way to be sure. Because there is nothing you can say to a real conservative to convince him abortion should ever be acceptable other than, "Your daughter is pregnant and the father is black."

Now, with all the hubbub lately about qualifications and constitutional law, it's sometimes easy to forget why our founding fathers created a judicial branch in the first place: to punish hussies by saddling them with the mewling, drooling reminder of their sin.

But here's where overturning Roe v. Wade could actually turn out to be the best thing for the Democrats. Because if you want to create more liberal voters, don't scare them with the possibility of terrorism. Scare them with the possibility of parenthood. Because voters nowadays are all about the issues that affect "me." They need to see how Bush's f***-ups affect them personally.

I mean, think about it. Other than the war in Iraq, the Katrina disaster, the deficit, the CIA leak, torture, stopping stem cell research, homeland security, global warming and undercutting science, we've yet to really feel the negative effects of the Bush administration.

But you know what voting block had the lowest voter turnout in the last election? Young, unmarried women. And you know who'll be the most affected if they overturn Roe v. Wade? Kobe Bryant. But, after him, young women. Come on. You're living in South Carolina and you need an abortion. You're going to get on a bus and head to New York. Maybe next time you'll think twice about letting your older brother tuck you in.

Because, overturning Roe v. Wade won't make abortion illegal. The choice to allow it will just be returned to the states. In all likelihood, the blue states. The rest of you will have to make a weekend of it. Tourism, ka-ching!

Every state will have a new motto: Massachusetts: "Where the country was born, but your baby wasn't." "What happens in Vegas, stays in Vegas. No, seriously!" And of course, California: "I just got an abortion and now I'm going to Disneyland!"

All right, that's our show. Thank you for a wonderful season.

I always miss his show. I don't know what I am doing.

Yep I'll miss him, we get his show here - although I think I'll stop short of proposing to him.

Like Damien, I have a genuine love for the guy, but not in the carnal sense. I just wish I was able to pick up his show.