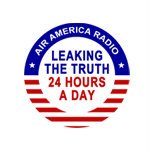 It’s Halloween and the right-wing is terrified…of you.

Want to know why? Here are just a few examples:

On October 17th, Rush Limbaugh said this to Sean Hannity:
“In my mind they don’t even exist…for a moment you almost feel sorry for then. Then you realize no, they don’t exist. And they don’t pose a threat.”

But on October 28th, less than two weeks later, Al Franken, broadcasting on a network that Rush once called “Dead Air America,” beat him like a drum:

"Air America Radio announced today that 'The Al Franken Show' beat 'The Rush Limbaugh Show' for the first time in San Francisco and Portland, Ore., two of the top twenty-five markets, in the target demo of 25-54, according to Arbitron Summer 2005 Metro. The two shows air at the same time ( 9am-12pm ) in both markets.'

While poor Rush is whistling by the graveyard, his fellow ghouls are out screaming and shrieking and rattling their chains:

Bill O’Reilly recently predicted this to a group of advertisers:

'[Air America ] is about to fold ... because Americans don't want to hear that their country sucks 24 hours a day."

But somehow those pesky facts never seem to get inside the "No Spin Zone." Here are a few:

Last month, we launched the Air America Associates program and the howling of the right-wing hypocrites was nothing short of hysterical:

Ann Coulter, the undisputed queen of self-promotion, was cackling with glee at the prospect of using Air America Radio as a marketing device for her latest right-wing screed:

"That money you were thinking about donating to become an 'Air America Associate' – Air America Ass' for short - why not do something useful with it? Buy my book for friends and loved ones."

Sorry, Ann. People just don’t seem to be paying attention to you the way they used to. As of this morning:

But while we may enjoy the right-wing’s fear and loathing of Air America Radio’s success, we can’t afford to sit back and take it for granted. The dramatic growth of Air America Radio over the last 19 months – we’re now on in 70 markets covering more than 60% of the nation – only happened because of you.

And we need to keep growing just as quickly, because only this morning, President Bush's idea of "Trick or Treat" was to nominate Judge Samuel Alito, Jr. for Sandra Day O’Connor’s seat on the Supreme Court. Often referred to as “Scalito” because of his extreme right-wing views, if confirmed Alito could well change the balance of the high court for a generation to come.

We at Air America Radio make you this promise. We won’t let them get away with this without a fight. But we will need your help to do it.

How can you help? Three ways:

If you are currently listening to Air America Radio on your local station, call them and thank them for carrying Air America programming. A list of stations is available at http://www.airamericaradio.com/stations.

If you don’t have an Air America Radio affiliate in your area, let us know: http://www.airamericaradio.com/feedback

Join the Air America Radio community! We need you! http://www.airamericaradio.com/associates

Thank you for all you do for our country.

Got vibes about this sometime last year with Air Am trashing Limbaugh right across the markets (or about to) it was quite a good piece in Vanity Fair.