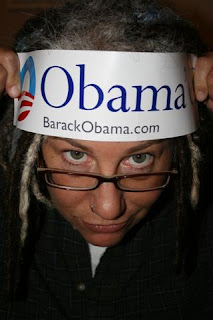 It's a great day for America.

Finally we can start campaiging only against McCain.

The sooner Hillary folds up her tent the better but she might keep going through June...though she will have to loan herself money again...

Jeez, when will she ever leave. It's enough already!

I'm a little concerned that Hillary may pull a Lieberman, actually more than a little.
There's only excuses for hanging on like she is, no real hope for getting and the nomination and then leading the country to a better future.
She's hurting Obama, the Party, and the country.
She's become McCain's surrogate.

Senator Obama needs a friend that can talk loud and honest about what it is that Hillary & Company are doing.

And with the RFK comment she made the other day, she REALLY needs to go away.

Hopefully that comment will seal the deal for her not being his running mate.